Bachchhan Paandey is a 2022 Indian Hindi action comedy movie that was theatrically released on March 18, 2022. This movie is a remake of the Tamil film Jigarthanda, which was itself inspired by A Dirty Carnival.

Bachchhan Paandey made 12.5 crores on the 1st day, while on day 3 and 4 the movie was managed to earn 11.50, 11.50 crores. It earned 3.5 crores on Monday. The trend on Tuesday indicates that the film will likely drop further.

The film’s overseas situation is even worse. The film’s 4-day global gross is less than Rs. 1.30 million dollars, despite having a wider release that The Kashmir Files.

The first Monday’s numbers were down more than 65% from the previous day, and the day one number weren’t enough to justify the second Monday. The film was released at a time when the excitement around The Kashmir Files was high. It received more screenings than Bachchhan Paandey due to the high level of hype and some publicity stunts.

Approx 39 crores have been collected so far by Bachchhan Paandey. The first goal for the company would be to reach 50 crores by week’s end. It’s not a huge amount considering the credentials of the Sajid Nadiadwala film 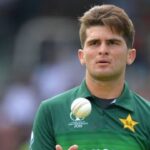 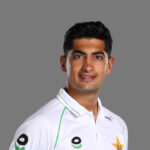