Rakesh Jhunjhunwala, India’s own Warren Buffet, died Sunday in Mumbai, Press Trust of India reported. He was 62 and he had a spouse and three children. The billionaire died of a heart attack, Indian media reported. Modi, the prime minister, led the tributes, and he expressed his condolences to the billionaire’s family.

According to Forbes, Jhunjhunwala’s net worth was $5.8 billion. He graduated from business school as an accountant and began investing in the stock market at age 18, beginning with a capital of 5,000 rupees ($63). He ran RARE Enterprise. He eventually amassed a net worth of $5.8 billion. He suffered from various ailments, local media reported.

On the other hand, the “Big Bull” of the Bombay Stock Exchange was known for taking risks in the market and in his investments.

He was reportedly building a 13-storey mansion in Mumbai as his new home. As a result, Jhunjhunwala had a taste for single malts and cigars.

Mr Jhunjhunwala also financed a number of Bollywood productions such as English Vinglish and Ki & Ka.

His classmate billionaire Uday Kotak also pins an emotional post on Twitter. He said “Rakesh Jhunjhunwala: my school and college mate. One year my junior. Believed stock India was undervalued. He is right. Amazingly sharp in understanding financial markets. We spoke regularly, more so during Covid. Will miss you Rakesh!”

When he was featured on Forbes Asia’s list of philanthropists in 2020, he said, “My father wasn’t interested in my net worth in 2008 when I became a billionaire, but in the amount, I was going to donate.” 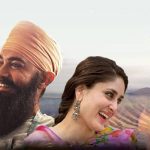