The RRR film, directed by SS Rajamouli, has swept the box office with its hit-hit-superhit music and a superlative blockbuster star cast. RRR has grossed more than Rs. 500 Crores INR worldwide, making it the first Indian film to reach that mark since 2.0 was released in November 2018. In its first four days, RRR earned a total of Rs. 539 crores INR.

The film grossed around Rs. 59 crores (domestic) and Rs. 10 crores (overseas) on Monday, pushing its overseas total past 539 crores. With its impressive performance, the SS Rajamouli-directed records another major landmark.

It should come as no surprise that the movie has been a massive hit. It’s entertaining, it’s extremely well-written, and it’s got an A-list cast of some of India’s biggest actors. The film opened to packed theatres across the country this Friday, with fans standing in line from the early hours of the morning to get their tickets. 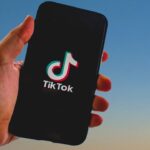 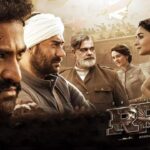