Google Docs is getting some fun new features. Linking up with the latest emoji craze, Google is rolling out emoji reactions in a bid to add a little more immediacy and fun to your work life. A gif uploaded by Google illustrates how the Emoji reaction feature will be displayed.

Google Docs is getting emoji reactions, allowing you to respond to the text with a simple symbol rather than a fully written comment. In an announcement post, the company says the feature supports all the emojis available in the latest release, which includes gender-neutral options and sillier symbols like melting face and biting lip.

This update coincides with a recent expansion of the software beyond traditional word processing. Google Docs is becoming more social with the inclusion of emoji reactions, a now-live feature that allows users to respond quickly to the content they’re working on.

For example, if you’re on a team for a product launch and have a complicated spreadsheet, you can use emoji reactions to give each other feedback on its design. These additions are part of Google’s mission to make Google Docs easier to use while also improving collaboration between coworkers.

This feature has been a hit among messaging apps, social networks, and other computer-based services. Here, the company is improving its word processing tool by making it more like a social tool. 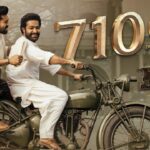 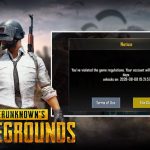